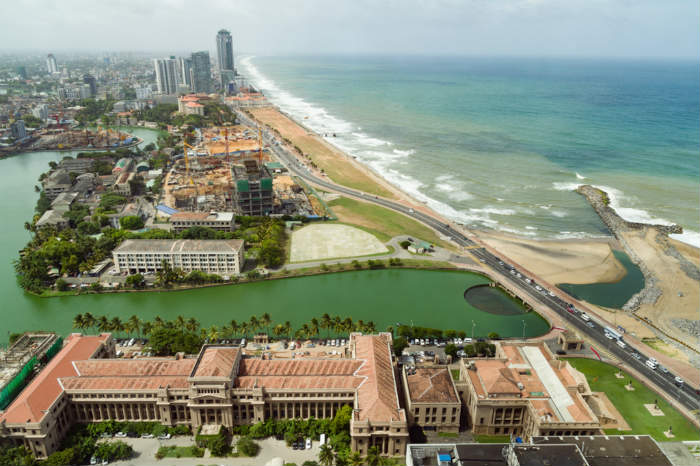 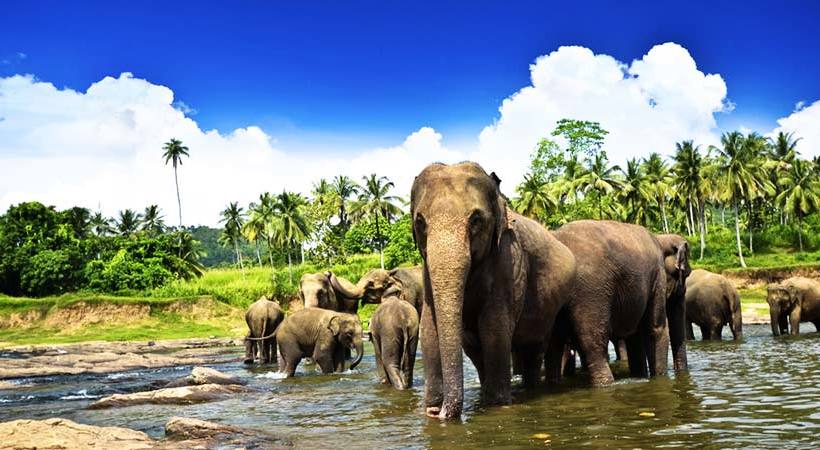 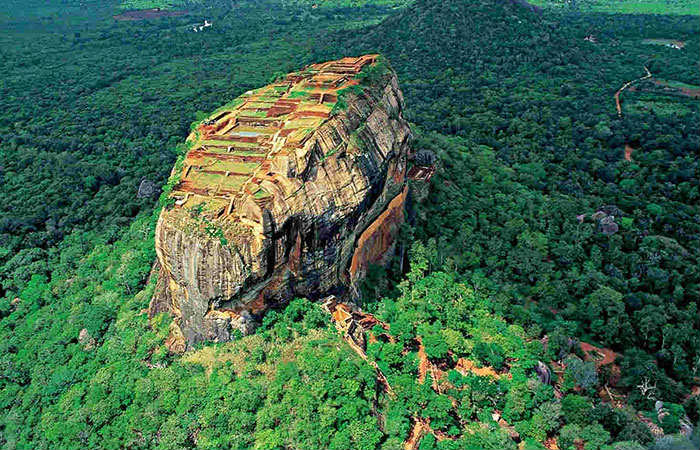 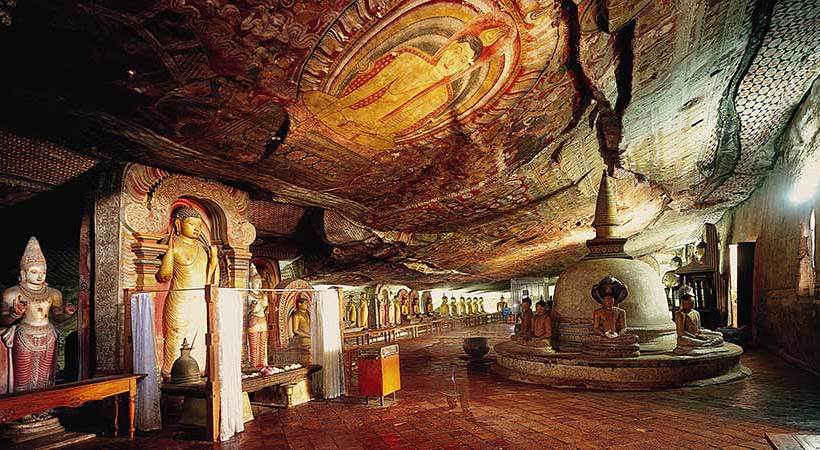 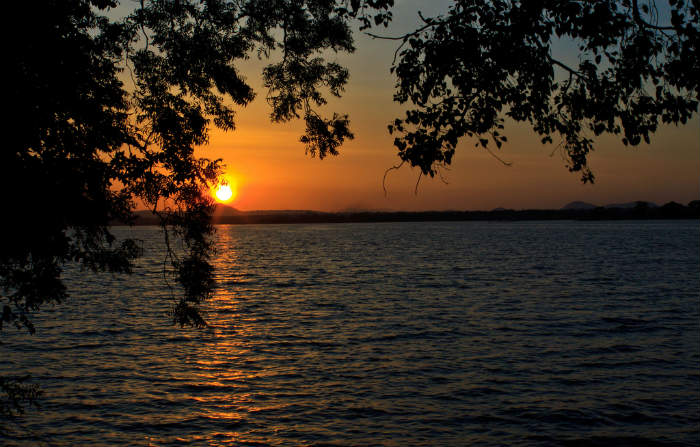 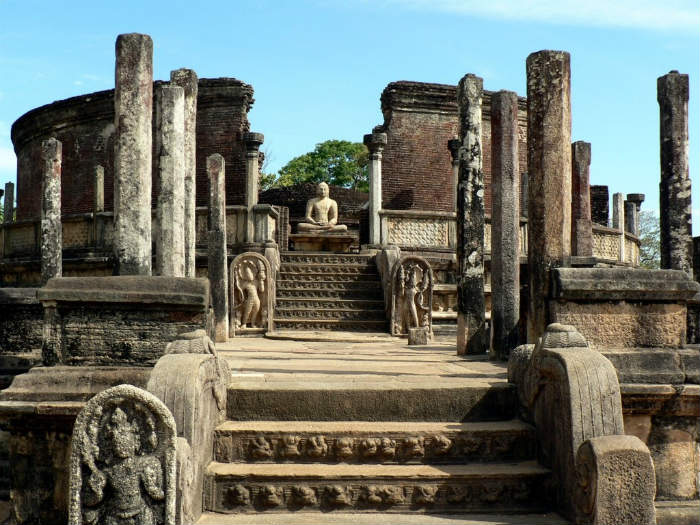 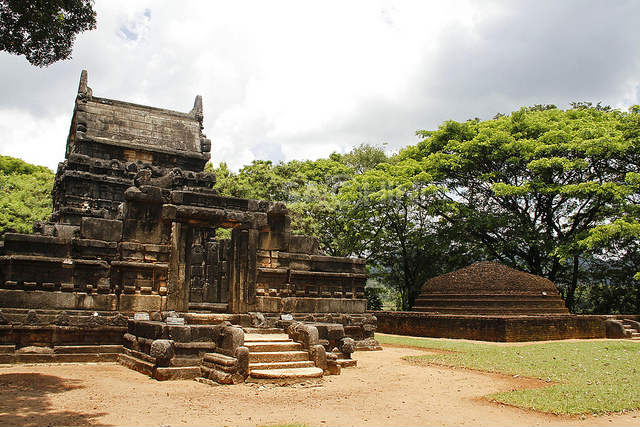 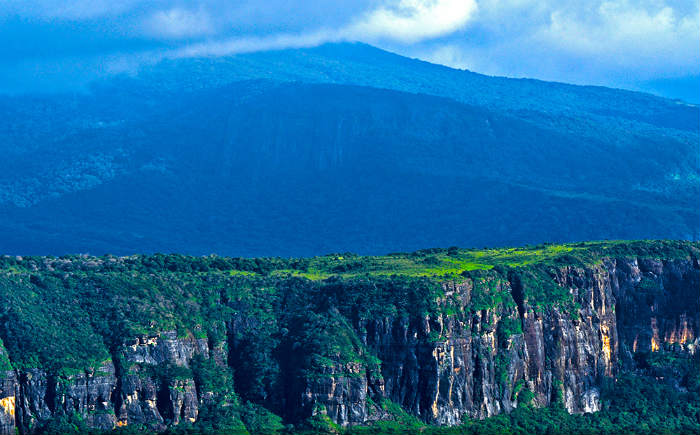 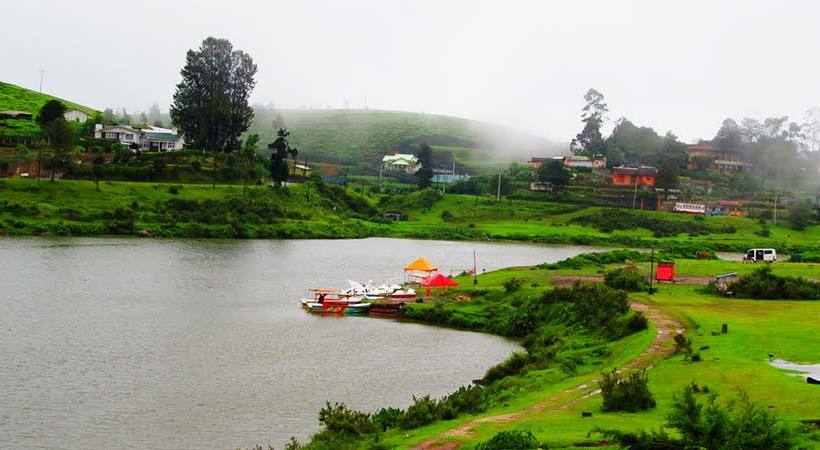 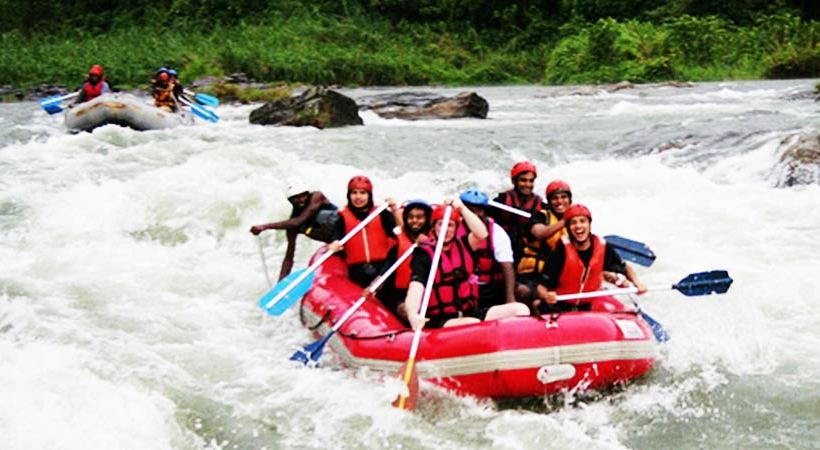 Trip Inventor representative will welcome you at Colombo international airport. Thereafter you will be you will be transferred to your pre booked hotel in Colombo. Colombo, the former capital of Sri Lanka, is the largest and the most vibrant city of the nation. Here you will notice a perfect blend of the modernity with the buildings and remnants of Colonial era. Districts of Colombo, Gampaha and Kalutara together define the Colombo Metropolitan Region. It possesses a large harbor which is strategically located along the East-West sea trade routes. With all credit to this harbor, Colombo was known to the ancient traders 2,000 years ago. After giving it up to the British Empire in 1815, Colombo became the capital and retained this status even after the independence until 1978 when administrative functions were moved to Sri Jayawardenepura Kotte. Colombo then was selected as the commercial capital of Sri Lanka.
Check in at the hotel and get freshen up for an evening tour of the city. You will visit the old Parliament building which stands majestically in the Fort district. The Old Colombo Lighthouse is located in close proximity to old parliament building. Proceed to the famous Cargills & Millers complex in the Fort District which is conserved by special government law from demolition mainly to preserve the historic beauty of the Fort area.
Overnight stay will be in Colombo at the hotel.

After breakfast at the hotel, you will proceed to Dambulla located in the heart of Sri Lanka 148 [Colombo - Dambulla] km north-east of Colombo. En-route you will visit Elephant orphanage at Pinnawala. Observe baby jumbos marveling around their confined foster home being bottle fed and bathed by their human foster fathers. Started in 1972, this orphanage shelter 60 or more elephant babies. Just in front of the orphanage at Ma Oya, sharp at 10.00am and 2.00pm, these jumbos enjoy bathing and offer a visual treat to the visitors. On arrival at Dambulla, visit the Sigiriya Rock temple. You have to climb to reach the relics of an upper palace located on the flat surface of the rock. 4th century AD King Kasyapa used this ancient castle which at present is considered to be eighth wonder of the world. Besides the relics of the palace, this place exhibits the Lion Gate, the mirror wall, lower palace that adhere to the slopes below the rock and gardens which are expanded for some hundreds of meters.
Check in at your pre booked hotel for overnight stay.

After breakfast proceed for city tour of Dambulla that will include hill climbing and Bike trails. Dambulla is all manifested with statues and paintings that depict age old civilization of the area which is believed to be sown as early as the 7th to 3rd century BC. This place has great legends associated to it. Second most famous attraction of the region is the Rangiri Dambulla International Stadium, popular for its construction in 167 days only. The city also brags to have rose quartz mountain range which is the largest in South Asia. The Iron wood forest or Namal Uyana also deserves a special mention as an attractive highlight of the place.
Overnight stay will be at Lake Side camp site in Dambulla.

After breakfast at the hotel, proceed for Dambulla Rock temple, the largest and best preserved cave temple complex of the country. Caves of the region, it is believed that, provided shelter to King Valagamba for 14 long year after banishment from the Anuradapura kingdom. King was protected from his enemies by the Buddhist monks who used the caves of Dambulla for mediation at that time. In the 1st century BC, King Valagamba returned back to the sovereignty at Anuradapura kingdom and built a magnificent rock temple as a gesture of gratefulness to the monks in Dambulla. Later in the evening enjoy bird watching and elephant ride. Overnight stay will at Lake Side camp site in Dambulla.

After breakfast at the hotel, you will proceed to Polonnaruwa - the second most ancient city of Sri Lanka. En route visit Minneriya National Park. It was declared a protected area in 1938 as wildlife sanctuary to protect the catchment area of Minneriya tank and the flora and fauna of the adjacent area. On 12 August 1997, this wildlife sanctuary was given the status of National Park. Situated in dry zone of Sri Lanka, the tank fulfills its water requirement from diversion of Amban River and Elahera canal. During the dry season, large numbers of Sri Lankan elephants are fascinated towards grass fields on the boundaries of the reservoir. Several information sources report figure of elephants in the park to as high as 700.
Later visit Polonnaruwa - the first declared the capital city by King Vijayabahu I. Declared a World Heritage site by UNESCO, Polonnaruwa remains one of the best designed archeological artifact sites in the country. Besides being the 2nd largest city in north central province, it is also one of the cleaner and more beautiful cities of the country. The city attracts a lot of local as well as foreign tourist towards its green environment, amazing ancient constructions, attractive tourist hotels, Parakrama Samudraya (a beautiful lake built in 1200 A.D.) and most importantly, nice people with great hospitality.
Enjoy cycling in this cleaner greener environment of Polonnaruwa.
Overnight will be at the hotel.

After early morning breakfast, proceed towards Kandy - a UNESCO world heritage city. On your way visit Nalanda Gedige. It is said about this place that Nalanda Gedige is “one of those fortunate places that have no history.” Gedige is an image house with the whole place being named after the great Buddhist University at Nalanda in India. Located at a picturesque location this site reveals unique architecture of Sri Lanka, and an unusual synthesis of Hinduism and Buddhism. Later drive towards Kandy. Amidst of undulating hills in the Kandy plateau, you will visit one of the most scenic cities of Sri Lanka, Kandy - the last capital of the primeval kings' epoch of Sri Lanka. Present day Kandy is a significant religious centre of the Sinhalese and a highly revered pilgrimage center by Buddhists specifically those belonging to Theravada School. Temple of the Tooth Relic (Sri Dalada Maligawa), one of the most esteemed places for the Buddhist society of Sri Lanka and all around the world, finds shelter in Kandy. The Royal Palace of Kandy is another popular tourist attraction of the region. Temple of the Tooth Relic was originally a part of this complex. Today it houses National Museum Kandy which exhibits an extensive assortment of objet d'art that belongs to the Kandy Kingdom and the British colonial rule.
Overnight stay will be at the hotel.

After a delicious breakfast at the hotel, you will lead for an adventurous excursion of the world renowned Knuckles Mountain Range. It derives this interesting name because of its due resemblance with a set of knuckles in a closed fist. This famous eco tourism site has been inscribed in the list of conserved areas with the identification as the KNUCKLES NATIONAL HERITAGE AND WILDERNESS AREA. Besides being abode to some of the rarest species of flora and fauna, this area offers breathtaking views of the country. Hikers and mountain bikers see this place as their dream destination. Explore the area as you enjoy biking across gargling rivers, dense forests and waterfalls.
Come back to the hotel for overnight stay.

Post breakfast; proceed towards Nuwara-Eliya a town in the central highlands of Sri Lanka located at an altitude of 1,868 m (6,128 ft). Considered to be the most important location for Tea production in Sri Lanka, Nuwara-Eliya is dominated by Pidurutalagala, the tallest mountain of the country. This beautiful town was discovered by Samuel Baker, who also founded Lake Albert and explored the Nile in 1846. In the colonial days, this town served the British officers as their summer getaway where they could enjoy in their free time. Whole of the town represents colonial architecture and designs. Besides retaining features from the colonial period, the present day hotels are also given a colonial touch. Enjoy fishing on Lake Gregory, Horton Plains National Park and visit the Hindu Temple "Seetha Kovil" (Hanuman Kovil) located in the village called "Seetha Eliya".
Come back to the hotel for overnight stay.

After a leisure breakfast at the hotel, get ready for an interesting tour of the town. Today you will visit Victoria Park. It is an intriguing and often used oasis. Wildlife viewers, especially bird watchers find great opportunities at this place. Here, you will get to see variety of species with special reference to Indian Blue Robin, Pied Thrush or Scaly Thrush wandering in the denser brushwood. In the park, you may also spot the attractive Kashmir Flycatcher.
Rest of the day will be at leisure. Come back to the hotel for overnight stay.

After breakfast proceed to Kitulgala, a little village in the west of Sri Lanka. This place is the wettest places of the country, with February being the driest month. During this time period beauty of this place comes alive. The Bridge on the River Kwai, the Academy Award Winning film was shot on the Kelani River near Kitulgala. Besides white water rafting that begins a few kilometers upstream, tourists come here to relish the attractive scenery, have fun in the river, and taste the excellent rice and curry lunch at the local eating joints.
Overnight stay will be at the hotel.

After breakfast at the hotel, you will be transferred to the Airport by our representative. Board the flight for your onward destination. Tour ends.
(THIS TOUR CAN BE CUSTOMIZED ACCORDING TO YOUR REQUIREMENTS)