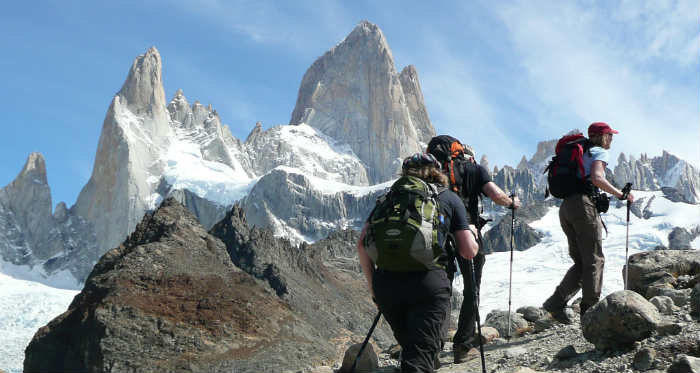 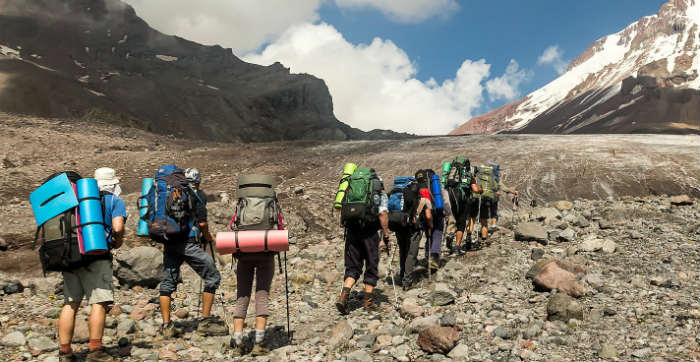 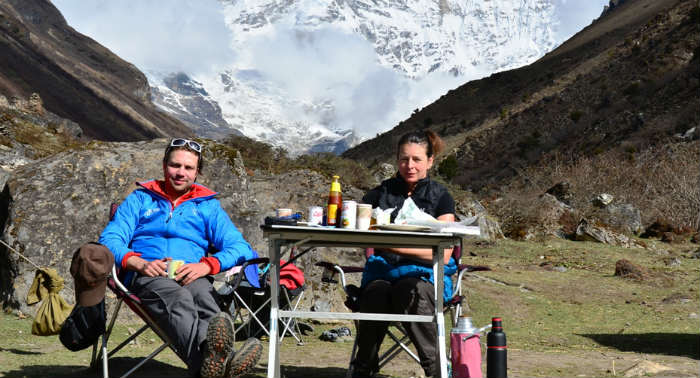 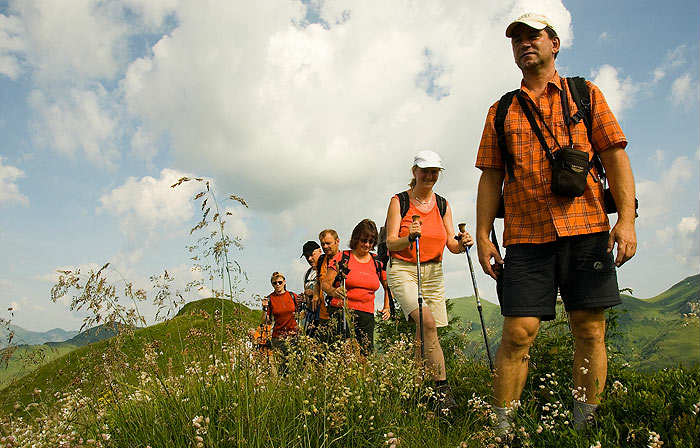 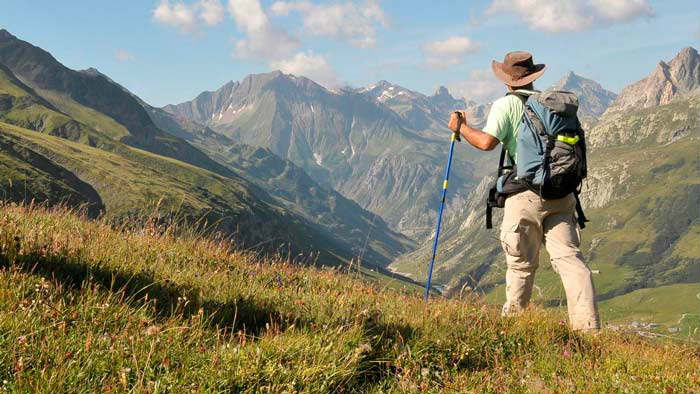 Drive by car from Leh to Tia. One can cut the drive also into more then one day as there are many interessting monasteries as Spituk, Phiyang, Basgo, Likir, Alchi and Rizong on the way. Tingmosgang, the huge village below Tia, is also worth spending a day with walking possibilities around. In Tia you can find a nunnery and two monasteries (Tia and Katsa). The Trek starts just below the bridge on the right side of the Phacha Tokpo River at an altitude of 3.445 m. After leaving the last houses one comes across a big prayer-wheel and continues upwards towards Tia Dok, a former used „summer village“ with empty small huts and bare fields, not cultivated since more then 5 years. There are many pleasant camping-possibilties, the highest on 4.000 m on a patch of grass with small rivers.

Follow the river always on the east side towards North. There is a path one has to follow, which goes steadily upwards. After reaching 4.600 m, one has to cross 2-3 times streams coming from the east, which shouldn't be a problem. When having difficulties with the altitude it is advisable to have an additional camp here as afterwards there are rare possibilities. At 5.000 m there are two beautiful lakes with camping possibilities in between.

Getting higher and higher to the North one comes across two more lakes at 5.100 m. The scenery is really spectacular with vast rock-areas including beautiful lakes, higher peaks and passes on three sides and some glaciers very close by. The last 100 m of alttude to the pass are quite steep over loose rocks and one needs Schwindelfreiheit und Trittsicherheit. Especially with groups and horses one has to take care of stone-falls and small landslides. Finally the pass is reached and offers great views to all sides. On the north-side is a glacier-field of around 1 km without crevasses to cross and go down. The terrain after that is first quite loose with rocks and exhausting to walk, but later it becomes better and a path more abvious. The first Camping-possibility is at 5.030 m, but one can continue a bit as there are more possibilities every half walking hour.

Always following the Spangmarmo river, sometimes on the west-, sometimes on the east side, one gets slowly lower. The path is still clear and changes between grass, boulder-areas and rocky flats. The river-crossings can be done without wading through – at least in late August. While going down one gets glimpses into other valleys. There is a rare wildlife to spot, but quite some Yaks belonging to the people from the lower villages. So some Doksas are inhabitet by people collecting the dung as burning-material for the winter. Spangmarmo is such a Doksa. One can camp a little further away at 4.550 m.

Still going down on the west side of the river one can spot in the distance the village Gongma Lhargyab with approx. 20 houses. A primary school and a small gompa-room. One has to take care not to miss the way leading down to the bridge in the beginning of the village. Afterwards there is a second bridge to cross another river coming down from the mountains. Just before the village of Yokma Lhargyab is a camping-possibility at 3.940 m

First one should take the possibility to discover a bit more of Yokma Lhargyab, one of the rare ladakhi places, where buddhist families keep chicken and the middle school consist of 11 children. The quality is not so bad for a gouvernment-school as they have really good and dedicated teachers, singing with them every morning „We shall overcome“! They are happy to experience a little their english with foreigners. The last bit of this trek leads along a gorge towards the muslim village of Parchatang. Parchatang is 3.500 m of altitude and a small vivid village with lots of children. Crossing the there very deep and steep gorge by a bridge one reaches a non-tarred road of 7 km going down to meet the Nubra-Valley ar 3.100 m

Leh or use the chance to discover more of the Nubra Valley, especially going to the most western village of Turtuk, belonging to Pakiastan until 1971 and having a balti culture there. It is a village on only 2.880 m with two crops a year (second is buckwheat), a mosque from the 16th century and a little buddhist gompa maintained by buddhist employees living in that village. Houses and people look quite different from rest of Ladakh so it is a little like glimpsing into another country. Also with the military camps and the military airport in Thoise one can experience the special situation of Ladakh lying so close to the Pakistan-border. Afterwards for sure one could visit at least the beautiful villages of Hundar and Deskit in the Nubra-Valley.