South India Wildlife - Travel guide, best time to visit, safari timings, location and how to reach there to plan your wildlife trip.

All popular tourist places in South India signify the religious, cultural and bio diversities. Buddhist tourism in South India has its own significance for the tourists.

Beaches in South India are the rich combination of crystal clear water and golden sandy or rocky seashore, while all around dotted lush green palm trees make the surroundings breathtaking. So make your holidays mesmerizing ever by planning your trip to South Indian beaches.

South India is rich in its heritage. "The diversity of India is tremendous and lies on the surface and anyone can see it," wrote Nehru. Celebrate this diversity with Heritage South India tour that will showcase the best of South India and take you to the journey of the past and shows you how rich is India's heritage and culture.

Backwaters is one of the major tourism product of Kerala, being unique to the state. Traditionally used as one of the main transportation alleys, today backwaters offer a rejuvenating experience for tourists visiting Kerala. 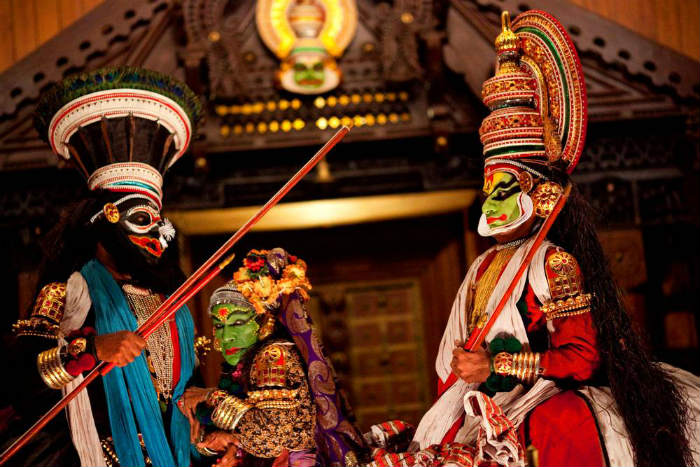 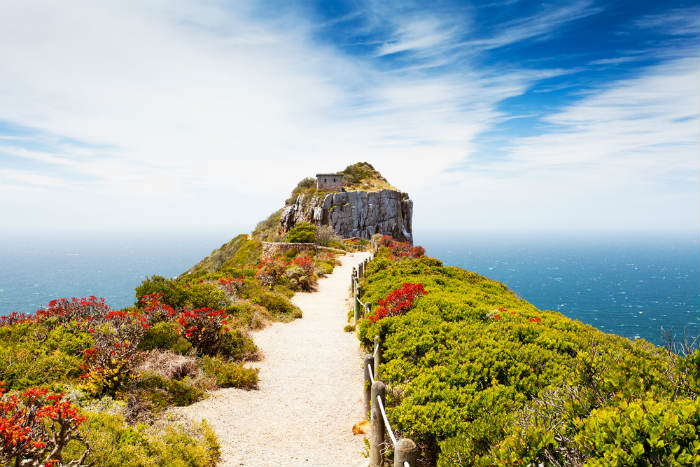 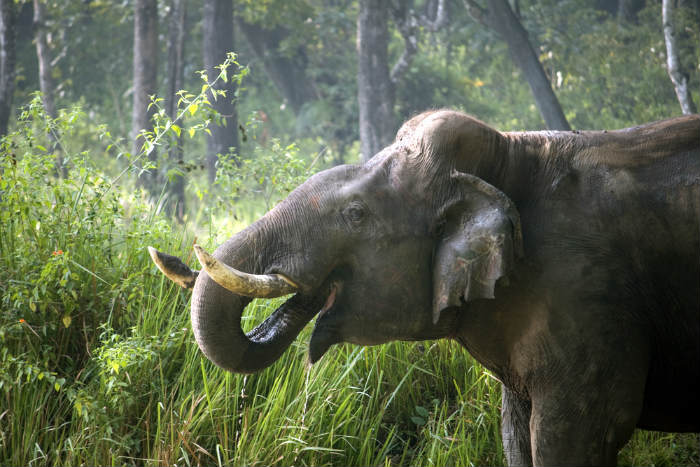 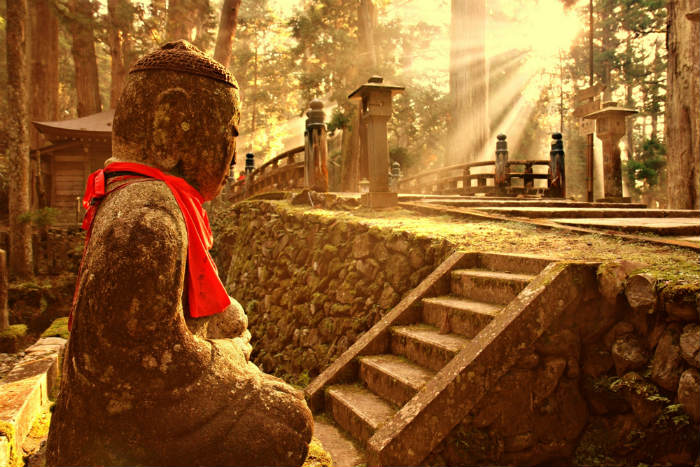 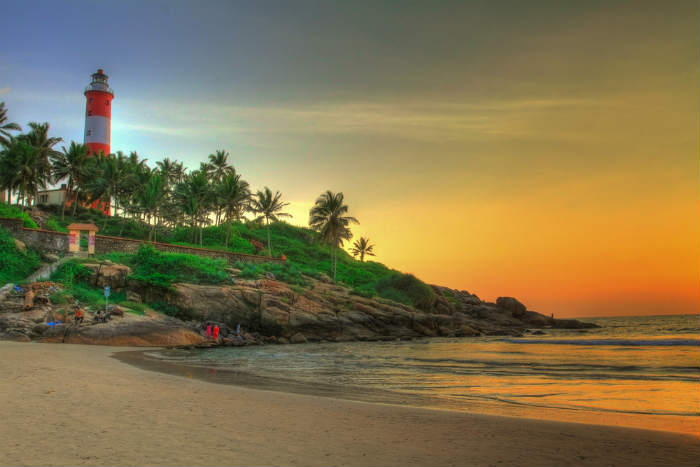 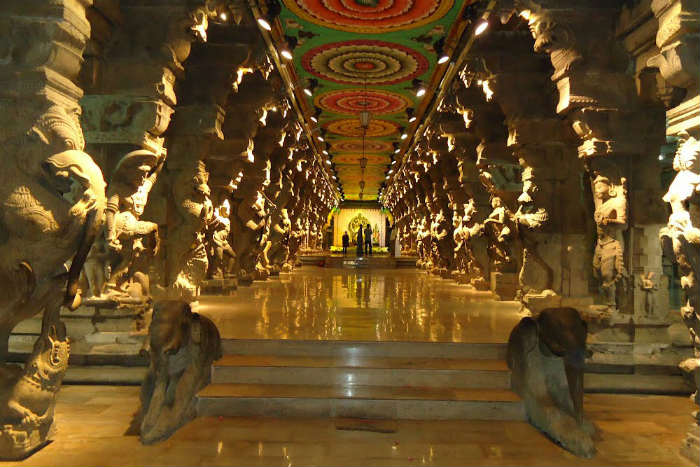 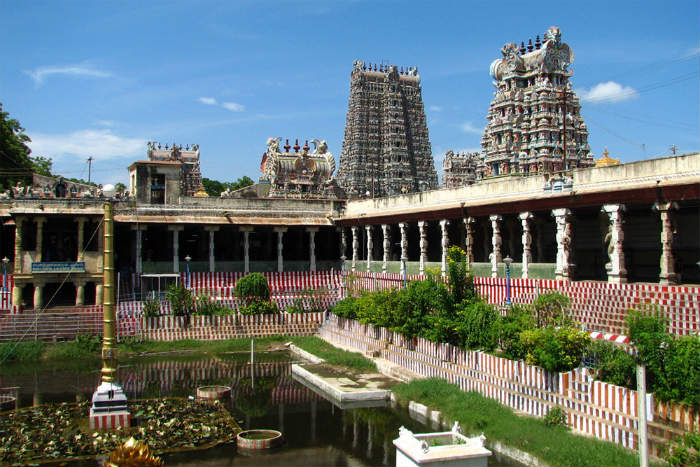 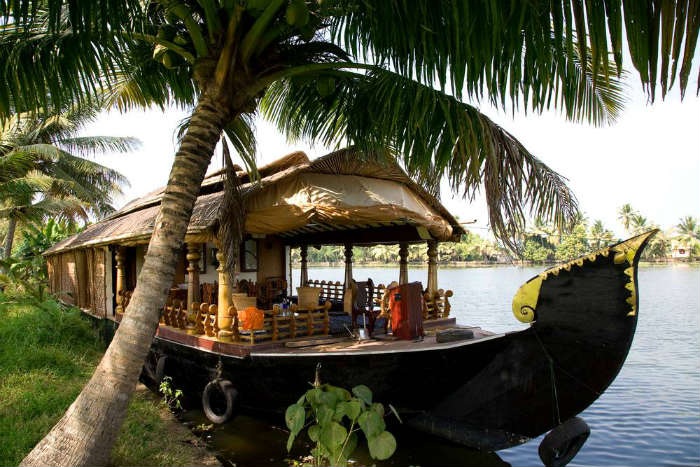 Lush green palm trees with fresh fragrance of coconuts is the typical characteristic of the four south Indian states namely - Andhra Pradesh, Karnataka, Kerala and Tamil Nadu and the Union Territory of Pondicherry. With south India tour travelers get an opportunity to unveil various secrets of great Indian heritage to them. Scenic locations, golden beaches, spectacular waterfalls, enchanting ayurveda and you - a picture perfect place to spend your vacations.
South India tour with Trip Inventor is your getaway to a world where all your whims and fancies will come true. Itinerary includes hot tourist places that will unfold before you the varied attractions of the whole region!

Upon arrival at Chennai airport, you will be received by Trip Inventor representative. Formerly known as Madras, Chennai is one of the four south Indian states and a major metropolitan region. It is located on the Coromandel Coast of the Bay of Bengal. It is categorized as one of the culturally aware cities of India. Being the prime center for Carnatic music, this city is host to large cultural events the most special being the annual Madras Music Season which is glorified by the presence of hundred of artists. Transfer to your pre booked hotel will be followed by overnight stay in the comfortable rooms of hotel.

Breakfast will be followed by the city tour of charming city Chennai. The city is blessed with natural beauty. Beautiful beaches, marvelous temples, churches etc. make this city a traveler’s paradise. Visit Thousand Lights Mosque, Santhome Cathedral Basilica, Kapaleeswarar Temple, Parthasarathy Temple, Senate House, and Government Museum.
Later in the evening, excursion will head towards Mahabalipuram situated 72 km from Chennai. On your way you will also visit Kanchipuram – the temple town. Included in seven holy cities of India, Kanchipuram in old times was known as Kachi and Kachiampathi. Some of the greatest Hindu temples devoted to lord Vishnu and lord Shiva like Varadharaja Perumal Temple Ekambaranatha Temple, Kamakshi Amman Temple, Varadharaja Perumal Temple etc. are located in this region.
On arrival in Mahabalipuram, check in at your pre booked hotel. Overnight will be at the hotel.

After breakfast you will proceed for the morning tour of the city. Mamallapuram or Mahabalipuram was built in the 7th century. Situated on rocky outcrop amidst the beach and a lagoon, it is famous for its scenic location and the series of majestic Rathas. Site of various antique sculptural marvels, this city was listed as the world heritage site and boasts some of the most awe inspiring rock cut art. Visit the sea shore temple which is a marvelous shrine that is an abode to two most revered figures, Lord Shiva and Lord Vishnu. "Arjuna's penance" measuring 27 meters by 9 meters here is the world's largest bas relief.
Later in the evening you will drive to Pondicherry, one of the union territories of India located in the southern part of country in the Coromandel Coast facing the Bay of Bengal. On arrival check in at your pre booked hotel. Overnight will be at the hotel.

Early in the morning, leave the hotel as you will tour this amazing region of Pondicherry, a former French Colony. Also known as The French Riviera of the East, it mirrors the French influence through its architecture as the city’s plan was based on the French grid pattern. Some of the streets still retain their French names. Visit Auroville and Aurbindo Ashram. Auroville is a universal town based on the belief that humanity is above all other elements. Aurbindo Ashram was founded by great Indian philosopher Shri Aurbindo Ghosh. It is the best place to meditate. It also houses a library, study room and sales emporium.
By evening proceed towards Tanjore or Thanjuvar which is situated at the heart of the flourishing green paddy fields of the Cauvery Delta. Upon arrival check in at your pre booked hotel. Enjoy night in the comfortable rooms of the hotel.

Sightseeing excursion of the city will start early in the morning. . Erstwhile capital of the great Chola Dynasty, this city is an abode to magnificent temples that reflects the splendor of Chola architecture. Your excursion will start with trip to Brihadeeshwara Temple. Built by Raja Chola in the 10th century, it is considered to be the most artistic of Dravidian temples.
In the evening surface towards Madurai while visiting Trichy. Trichy is located at a distance of 55 km from Thanjavur. Trichy is a perfect fabric woven by the threads of tradition and modernity. Ruled by the powerful Cholas and later by the Pallavas, this place has a profound history reflected by its approx 3.800 million years old Rock Fort. Sri Ranganathaswamy Temple, Sri Jambukeshwara Temple, St' John's church etc. are the other popular highlights of the region.
On arrival in Madurai, check in at your pre booked hotel. Relax at the hotel for the night.

After a relaxed morning you will proceed for the city tour. Madurai is one of the oldest cities of Tamil Nadu popular as the temple town. Situated on the banks of the river Vaigai, this city is a prime learning and pilgrimage center which records numerous footfall every year.
The famous attraction of this temple town is Meenakshi temples. Situated in the heart of the old town, it is the perfect manifestation of the Dravidian architecture with gopurams (towers) covered down the length with a spectacular cornucopia of vibrant images of gods, goddesses, animals and mythological figures. After sightseeing come back to the hotel for overnight stay.

From Madurai continue your ride towards Periyar, one of India's most fascinating natural wildlife sanctuaries where one can watch wildlife at close range. The flora & fauna are exclusively rich, vast & varied that it does not bear semblance to any other wildlife sanctuaries in the world. The very sound of the name conjures up images of elephants, unending chains of hill & spice scented plantations. A cruise through the waters of Periyar lake around which the wild -life sanctuary is situated, offers a soul stirring pleasant experience. Later we explore the sanctuary to experience the beauty & ecological pattern. Overnight will be at the resort.

Early in the morning, you will be driven to Kumarakom (135 km - 04 hr), a cluster of tiny islands, on the exquisite Vembanad Lake in Kerala. The land of lakes, canals & paddy fields, Kumarakom transports you to sheer ecstasy. Visit the charming Kumarakoram Bird Sanctuary. There are cormorants, teals, & other ducks between October & February while from February to July there are darters (snake birds), night herons, egrets, & Siberian storks. It also has golden backed woodpecker, crow pheasant, white-breasted water hen, tree pie etc. Later board the houseboat, traditional Kettuvallam that offers an out-of-this-world experience. Overnight will be spent at the houseboat.

From Kumarakom, drive towards Kochi or Cochin. It is a lovely place sated with flourishing greenery and the utter exquisiteness of the backwaters. On arrival at Kochi, you will check in at your pre booked hotel. Later enjoy full day city tour of Kochi visiting -Mattancherry Palace. This palace was built by the Portuguese in 1557 and over the years has become an important tourist spot. Willingdon Island, This is a manmade island and it is one of the modern ports that serve Kerala. It is made up of the materials that were dredged when the Cochin port was being deepened. Chinese Fishing Nets, These are the fixed installations that hold the nets horizontally across the water. Each of these is about 10 meters in height and each is handled by a team consisting of six fishermen. This unique method is a must see when you visit Cochin. Located two kilometers from the Fort Cochin, Church of Saint Francis is dedicated to Saint Antonio and is one of the main living historical monuments.

Early in the morning you will proceed for your next and the most special destination – Ooty. If beauty lies in the eyes of the beholder, then you got to visit Ooty to realize that beauty is much beyond what our eyes can see. On arrival check in at your pre booked hotel. Sobriquet as the ‘Queen of Hill Stations’, Ooty is the capital of Nilgiri District. During the colonial power, this place was the most favorite getaway for the British families. Afternoon city tour of Ooty visiting Rose Garden-Maintained by Department of Horticulture, this is a must visit site for all nature lovers. The garden has five terraces that have more than 2800 varieties of roses. Ooty Lake-This artificial lake was built in the year 1825 by Mr. John Sullivan, the then district collector. The lake, around 2.5-km in length and 40 feet deep, offers options for both boating and fishing. The Doddabetta Peak is situated some 10 km from Ooty. It is at a height of 2623 m and is famous as the highest peak in Nilgiri. Other attractions are the monkey-puzzle tree, called so because monkeys can't climb it and a 20 million year old fossil tree trunk.
Come back to the hotel for overnight stay.

After breakfast, you will be driven to Mysore – the second largest city of southern Indian state Karnataka. Popular as cultural capital of the state, it hosts the spectacular Dassara Festival during which lots of festivities takes place. Sprinkled with several majestic palaces, Mysore is sometimes referred to as The City of Palaces, Mysore is a beautiful painting done on the canvas of Indian subcontinent. Mysore has also been rated as the second cleanest city of the country. Upon arrival check into the hotel and spend time at leisure. Overnight will be at the hotel.

After breakfast, you will visit the famous places of the city. Chamundeshwari Temple located on top of the Chamundi Hills and St. Philomena's Church both are the famous pious places in Mysore. Amba Vilas (Mysore Palace), Jaganmohana Palace (at present an art gallery), Rajendra Vilas, Lalitha Mahal are few of the most famous palaces of the city. A Wax Museum "Melody World" that was set up in the year 2010 exhibits 110 life-size wax statues and 300 musical instruments set in a variety of bands and stage settings. Hot wildlife destinations like Bandipur and Nagarhole are located near the city.

Early in the morning you will be driven to the IT City of Bangalore which is approximately 140 km from Mysore. Adorned by numerous beautiful gardens this city is renowned as Garden City of India. In present day, Bangalore has the most number of IT industries in India and so known as the silicon valley of India. The ancient city was founded in 16th century by a local chieftain Kempe Gowda. Its magnificent palaces, beautiful gardens and various government buildings are the major attractions of the city. Later in the evening you will be transferred to the airport by our representative to catch flight for your home.