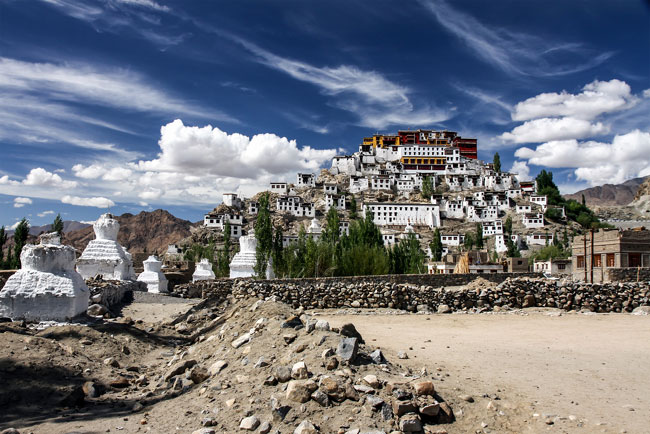 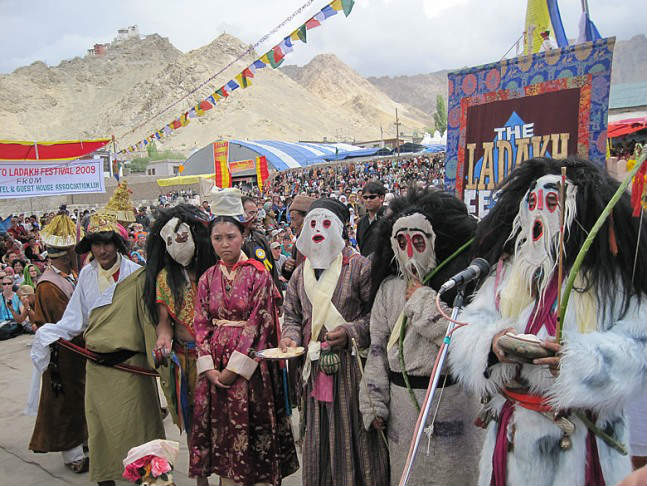 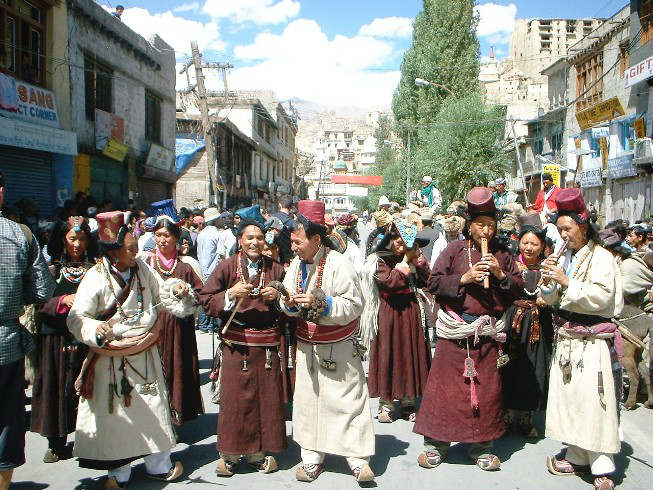 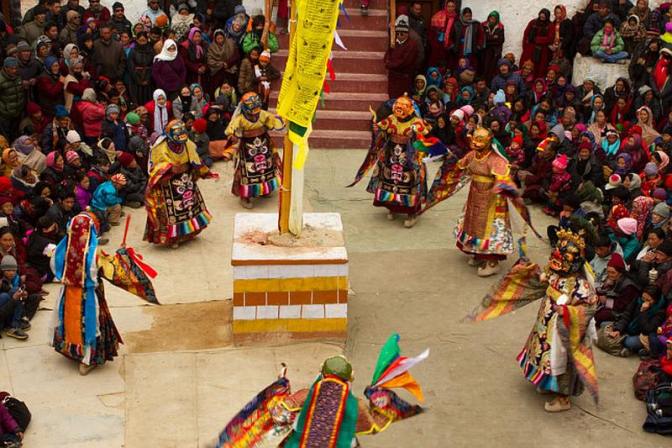 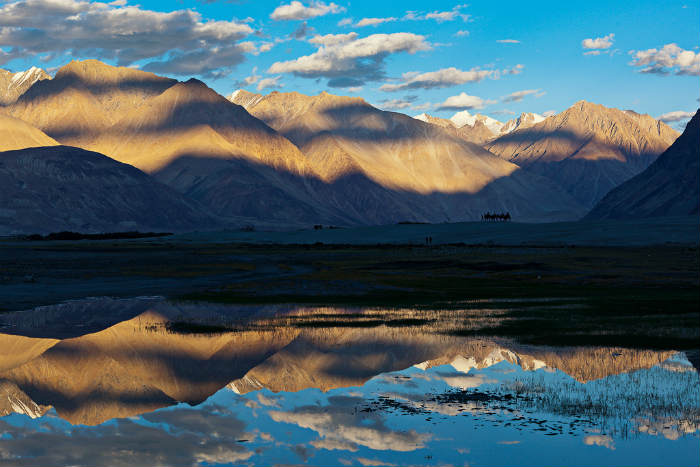 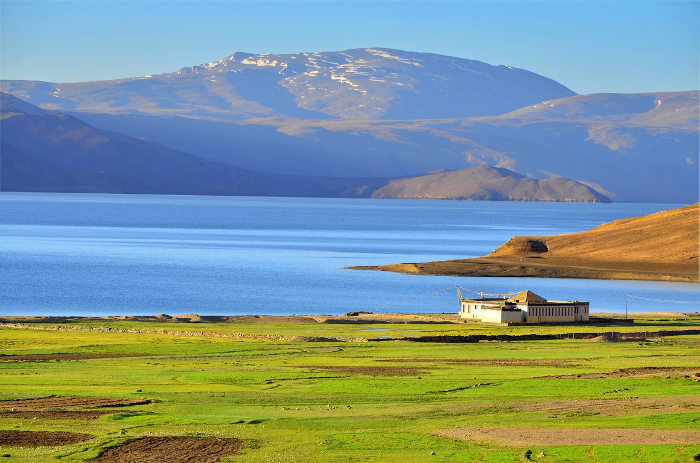 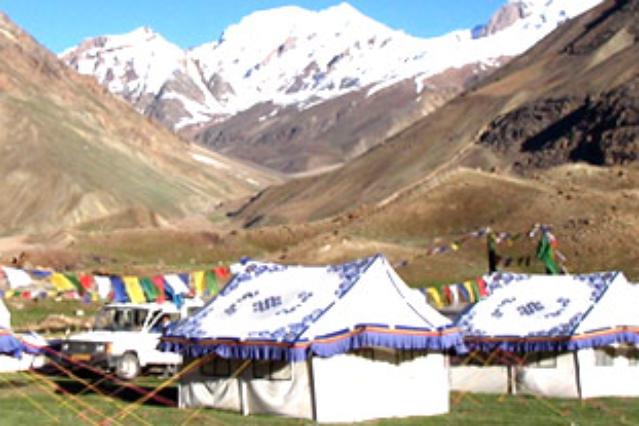 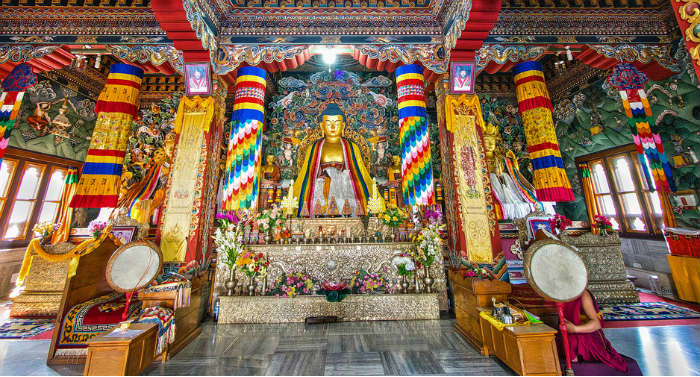 Beautiful yet desolate land of Ladakh has a host of fair and festivities. Vibrant people of Ladakh do not miss to celebrate even a single reason related to progress, happiness and religion. Ladakh’s annual festival tour gives you an opportunity to explore the beauty of this snow land and a reason to celebrate life! Organized by Jammu and Kashmir tourism board in the month of September every year, Ladakh festival showcases the unique culture, traditions and art forms of the region. Efforts were invested to start Ladakh’s own annual festival tour to increase the scope of tourism in this otherwise remote land. Popular highlights of the festival are folk dance performances, polo and archery competitions. Grand inauguration of the festival is followed by 15 days of sheer fun and excitement with various cultural troupes participating in the events. Get ready for an extravagant lifetime experience with the annual tour to Ladakh!

On arrival in Leh, you will be greeted by Trip Inventor representative at the airport. Thereafter you will be transferred to your pre booked hotel. Check in and relax as rest of the day will be free for you to get familiar with the high altitude region of Ladakh.
Leh - the exquisite capital of an equally beautiful region Ladakh can be described as paradise on earth. Its unrivaled beauty has charmed over many a tourist. This second largest district of the country is a proud owner of some of the most beautiful landscapes, adventurous trekking routes, wildlife and a lot more. Leh was the erstwhile trading route between Tibet, Kashmir and China for goods like salt, grain, cashmere wool, cannabis resin, indigo, silk yarn and Banaras brocade. Overnight stay will be at hotel.

The festival is given a kick start on the very first day of the month of September. A glorious procession sets the beginning of this 15 days long festival promising celebrations, enthusiasm, fun and adventure. Various cultural troupes from varied regions of Ladakh participate in this grand procession that traverses through the colorful lanes of Leh. Dancing, singing with traditional music, in colorful traditional Ladakhi dresses, all are a part of the inauguration ceremony that concludes at Polo ground after performing their finest dances and songs. Exciting concerts, folk ceremonies along with polo and archery competitions are organized during the Ladakh festival. Besides the traditional dances, Mask Dances from the monasteries grab the attention of all the tourists. Musical concerts and dance programs fill the whole atmosphere with a vibrant energy.
High on the celebrations, come back to the hotel for overnight stay.

After an early morning breakfast you will proceed for the sightseeing tour in the beautiful city of Leh. First of all you will visit Phyang Gompa. Well known as Gouon Gompa in Ladakhi (which means ‘Blue Peak’) this gompa is situated on a beautiful hilltop overlooking a small village. Phyang Gompa is popular for its 900 years old museum. Inside the monastery complex there are number of sacred shrines along with some beautiful wall paintings representing the royal period.
Later in the afternoon you will head towards Matho monastery. Located 26 km southeast of Leh, Matho is a beautiful Buddhist monastery that has a rich collection of statues and paintings. The famous festival of Oracle takes place in the Matho Monastery around the Buddhist New Year, generally in the first half of March. Stakna Gompa belongs to Drugpa sect and was founded by a Bhutanese scholar and saint, Chosje Jamyang Palkar in the late 16th century.
Come back to the hotel for overnight stay.

After early breakfast, you will leave for Nubra valley with box lunch. You will reach this beautiful valley after crossing the Khardung-la pass considered to be the world’s highest navigable pass. This valley provides the favorite trekking route to the trekkers.
From Khardung-la drive towards the village of Khardung and from here on you will proceed towards the travelers checking point at Khalsar through the beautiful countryside. After getting the permits registered/checked you will head towards Teggar camp where you will have dinner and will stay in the tents at night.

Once you will enter the Nubra Valley you will be taken away by the charm of the expanded beauty of this valley. Bordered by the Karakoram Range, this valley is gateway to the Siachen Glacier, considered to be the largest glacier in the world. On your way also drive through the capital Diskit. Visit the oldest and largest Buddhist monastery in the Nubra Valley -Diskit, sub-gompa of the Thikse gompa. Founded by Changzem Tserab Zangpo this famous monastery dates back to 14th century and belongs to the Gelugpa (Yellow Hat) sect of Tibetan Buddhism.
Soon after covering a distance of 9 km you will reach a small village, Hunder. Later in the evening you will visit the popular Samasthanling Monastery at Samur which was built by Lama Nima 3 to 4 centuries in the past.

After an early morning breakfast you will leave for Leh. On your arrival our representatives will take you to your pre booked hotel. Check in and relax in the comfortable rooms of the hotel. Later in the evening enjoy the warm atmosphere in the spectacular bazaars of Leh. Here you can let your hair down for a shopping spree and look out for souvenirs, woolen products, art craft and a lot more. After the shopping extravaganza you will also visit Leh Mosque on foot. At the upper end of the bazaar in Leh and below the Leh palace a large Sunni Muslim mosque was built in the past as a demand from the Nawab of Kashmir. This mosque is a perfect manifestation of Islamic and Tibetan architecture and has the capacity to accommodate 500 people.
Come back to the hotel for overnight stay.

Get geared up for a full day sightseeing tour of Leh on seventh day of this marvelous tour. Today you will visit Shey, Thiksey and Gompa monasteries. These are the three equally beautiful monasteries of the beautiful Leh. On the way to Hemis lies the Shey Gompa famous for its copper statues glided with gold. Inside the monastery, there is a large image of seated Buddha Shalyamuni which is considered to be the largest metal statue and the second largest Buddha statue in the region of Ladakh made up of copper sheets and is gilded with gold.
On the left side of the road to Hemis lies the Thiksey monastery, which offers a beautiful view of the Indus Valley. Belonging to the Gelukpa Order of Buddhism it is a twelve storied building with 10 temples and nunnery inside it. The Thiksey Gompa is also famous for its interesting wall paintings.
From here, head towards Hemis, the most ancient, wealthiest and biggest Gompa in Leh. Hemis monastery is famous for a huge painting of Buddha which is displayed before the public only once in 11 years. The popular Hemis Festival is held every year in the month of June or July at Hemis monastery. The festival is a remembrance to the birth anniversary of Guru Padmasambhav.
Come back to the hotel for overnight stay.

On day 08, after an early morning breakfast you will drive from Leh to Uleytokpo - a small beautiful village located on the banks of Indus River. This village is abode to one of the oldest and finest monastery, Alchi. One of the ramparts of Alchi Monastery features thousands of tiny sized pictures of Buddha. Brightly painted, three large sized images prepared with clay are its main attraction.
Gompa possesses many Thangkas belonging to 11th or 12th century. Main image among several other images inside the monastery is that of Vairocana. Other images include five Buddha families with their attendant divinities. It takes nearly about two hours to see the complete Gompa. Overnight stay will be at Uletokpo camps.

After early morning breakfast, step towards an exciting excursion to Lamayuru Monastery. Lamayuru is believed to be the oldest Monastic site situated 127 km to the west of Leh. This monastery belongs to Red-Hat Sect of Buddhism and was founded by Mahasiddhacharya Naropa in the 11th century.
With several legends associated with it, Lamayuru Monastery has a rich collection of wall paintings and Thangkas. Every year on the 17th and 18th day of the 5th month of Tibetan lunar calendar, this monastery acts as a host to the sacred masked dance.
Later head towards Rizong monastery, better known as Yuma Changchubling in Ladakh belongs to the Gelugpa or Yellow Hat Buddhism. The monastery is known for its strict rules and standards. It is also believed that before the monasteries were built, around Rizong years, Guru Padmasambhava meditated in the caves. After spending time in the peaceful milieu of monastery return back to the camps for overnight stay.

Day: 10 From Uletokpo Drive Back to Leh

Early in the morning say goodbye to the beautiful Uletokpo en route visiting Likir and Spituk monastery. Likir monastery is the venue of the annual prayer festival, Dosmoche Festival with about 100 Lamas (monks) on its roll. This Monastery is in the straight charge of Ngari Rimpoche, whose present personification is the Dalai Lama’s younger brother. It was founded by Lama Duwang Chosje in the later half of the 11th century.
The Spituk monastery of Ladakh is situated at a distance of 8km from Leh, dates back to 11th century. This monastery was founded by Od-de, the elder brother to Lha Lama Changchub Od. The word ‘Spituk’ means ‘Exemplary’. It is the venue to the famous Gustor Festival, held every year from the 27th to 29th day in the eleventh month of the Tibetan calendar during which a sacred dance also forms a part of the revelry.
Later in the evening you will visit Stok Palace and museum. Stok palace museum belongs to the Royal Family. Here you will find a rich collection of ornaments, traditional clothing and thankas but it is open to the public only in the presence of the Queen of Stok. Stok Gompa is associated with the Spituk Gompa and was founded in the 14th century. It belongs to the yellow-hat sect of Buddhism and at present has about twenty Lamas living there. On arrival, check in at your pre booked hotel for overnight stay.

As the festivity comes to an end on the eleventh day of this magnificent tour, you will be transferred to the airport by our representative to board flight for your onward destination.