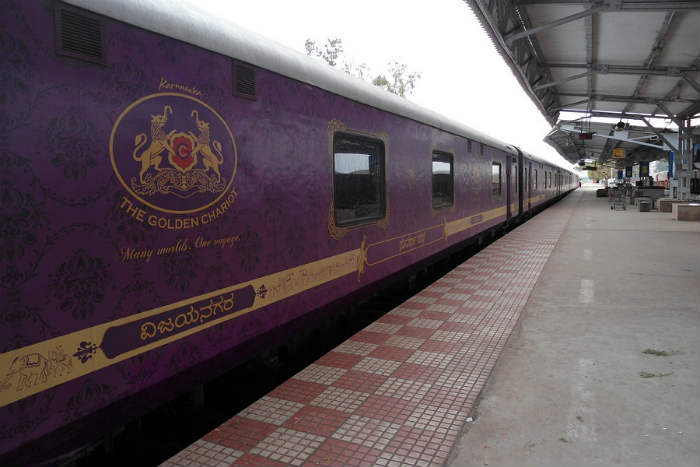 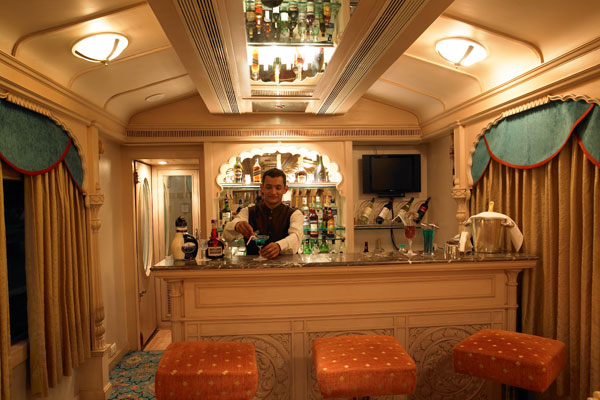 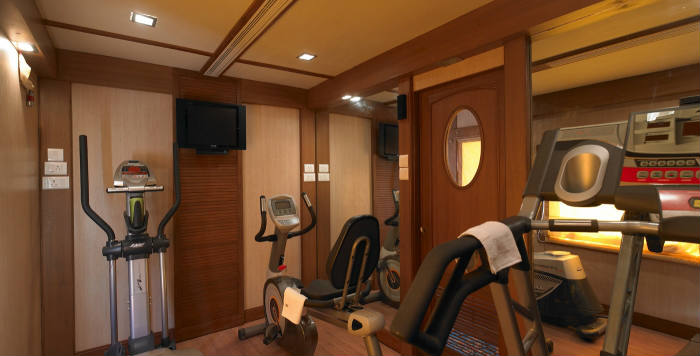 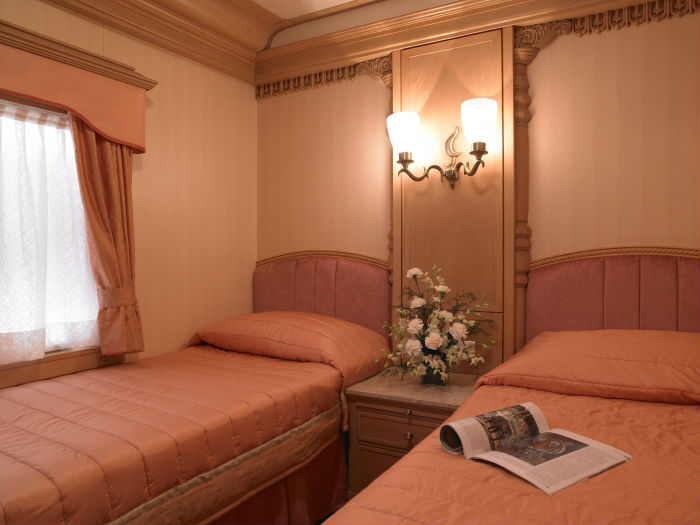 Day one begins with your arrival in the beautiful city of Bangalore. Our representative will welcome and assist you to the hotel. Over lunch you will be introduced to your fellow passengers. Afterwards you will leave for the sightseeing tour of the city. In evening, you will be transferred to Bangalore railway station to embark on a journey of your lifetime. Dinner and overnight stay on board as the train head towards Chennai.

Second day the golden chariot will arrive in Chennai early in the morning. After a delicious morning breakfast you will proceed for an excursion trip to Mahamallapuram.
Mammallapuram here deserves special cite as it is an age old coastal harbor located in the southern part of Chennai. The Shore Temple there gives the place considerable significance. The entire place is like a fantastic al fresco museum of sculptures in living rock. Massive shrines magnificently chiseled within hollowed out grottos that rest as the world’s biggest Bas relief in rock.
Post lunch you will be led to Chennai, the capital of Tamil Nadu. Chennai is a dazzling city which is active around the clock. The numerous temples at every turn and twists give off an aura of serenity among the general bustle. The St. Thomas Cathedral which still has the remains of the great apostle attracts more devotees than all other churches put together. Return back to the golden chariot where hot dinner will be served to you.

After bidding Chennai adieu, the chariot moves on to Pondicherry or Puducherry as it is now called. After morning breakfast you get to know more about this teensy destination. It is one of the 7 Union Territories of India which was a French colony alive with seaside apartments and villas. French is still widely spoken in the area with many signboards written in French occupying the streets. Many visitors were lured to Aurobindo Ashram to seek self and universe as it is a famous point for yoga and meditation.
After dinner, Train head off towards next destination – Tiruchirapalli.

With dawning of sun, golden chariot reaches its next destination Tiruchirapalli. Here, you will visit The Rock Fort Temple, magnum opus of the region. Situated on a hillock towering the city, it was built by the Nayaks of Madurai. It has three levels with the middle one called Mathrubhuteshwar Shrine devoted to lord Shiva and the top level dedicated to Lord Ganesha known as Ucchi Pillayar Koil. Afterwards move to Tanjore (Thanjavur). You will spot many exquisite temples constructed here during 10th and 15th centuries. Vijayanagara Empire invaded Tanjore. The leading attraction here is the Brihadeshwara temple which has been listed as a World Heritage site. Museum of the palace has a repertoire of Tanjore paintings.
Post dinner train will depart for Madurai.

Friday morning the train will arrive in Madurai. Over centuries this place has embraced several pilgrims from all over which has transformed it into a learning center. Post breakfast, the excursion will leave for Meenakshi Temple – an abode to Dravidian architecture. The fascination is for its magnificent hall with thousands of pillars. Thirumalai Nayak Palace and Thiruparangundram temples are also worth a visit. Thousands of visitors register their presence in this pious city of Madurai every year. From here, train departs for Thiruvanantapuram.

The train then turns further southwards to Thiruvanantapuram, the capital of Kerala. Some of the city highlights include the Padmanabhaswamy temple, Padmanabhapuram Palace, Kovalam Beaches and numerous relics of history steeped way back in 1000 BC. Not far from Thiruvanantapuram is Alappuzha tucked away amidst of umpteen numbers of canals and backwaters. Later on, Visit Poovar Island off the coast of Arabian Sea and explore the serene beaches nestling amazing views of the sea. Enjoy lunch at a classy hotel. Post dinner; unravel your soul dancing to the tunes of mind-blowing music of the region.

Seventh day will be a day full of pleasant surprises. Golden Chariot will arrive in Alleppey early in the morning. After the morning meal, enjoy cruising through the tranquil backwaters of the region. This will turn out to be one of the best moments that you will surely add a golden chapter to your travel journals. Cruising on the Vembanad Lake unveils to you a serene land full of picturesque sceneries. You will be served lunch at the Kumarakom Resort. Say good bye to this beautiful wonderland as you will head towards Cochin.
Cochin which goes with the sobriquet of ‘queen of Kerala’ is the concluding spoke in the golden circuit of golden chariot before heading back to Bangalore. Visit the Dutch palace dating back to the 16th century and the Jew Street. Cochin is like an elixir the more you look, the more you see.

The memorable charioting comes to an end at Bangalore railway station. You will be served lip-smacking morning breakfast on board after which you will check out from the train. It is the moment to say goodbye to all your fellow passengers as you leave for your individual destination still hanging in the memories of the tour.