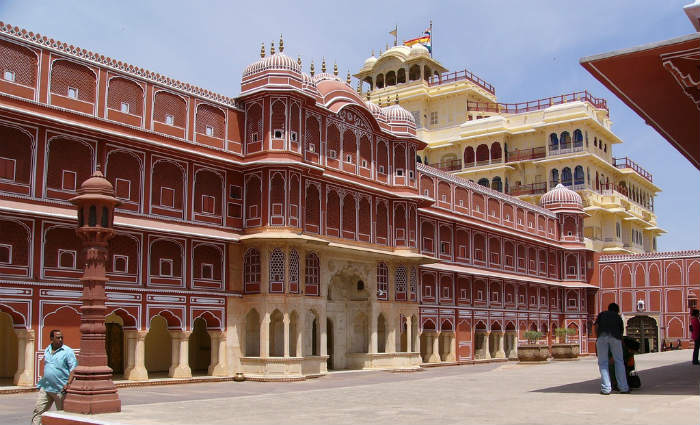 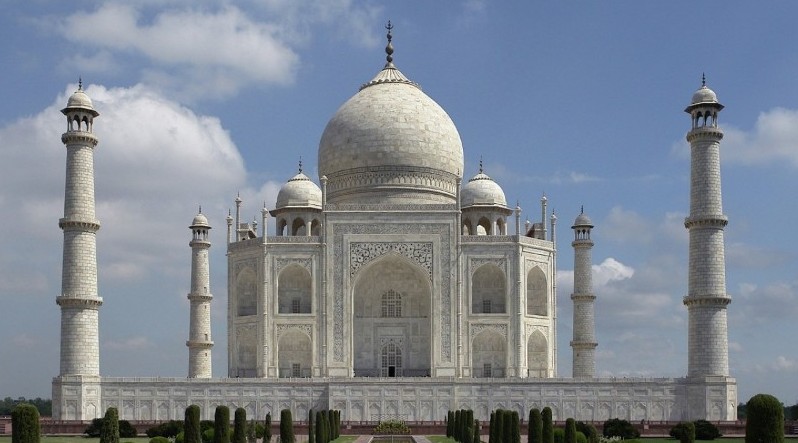 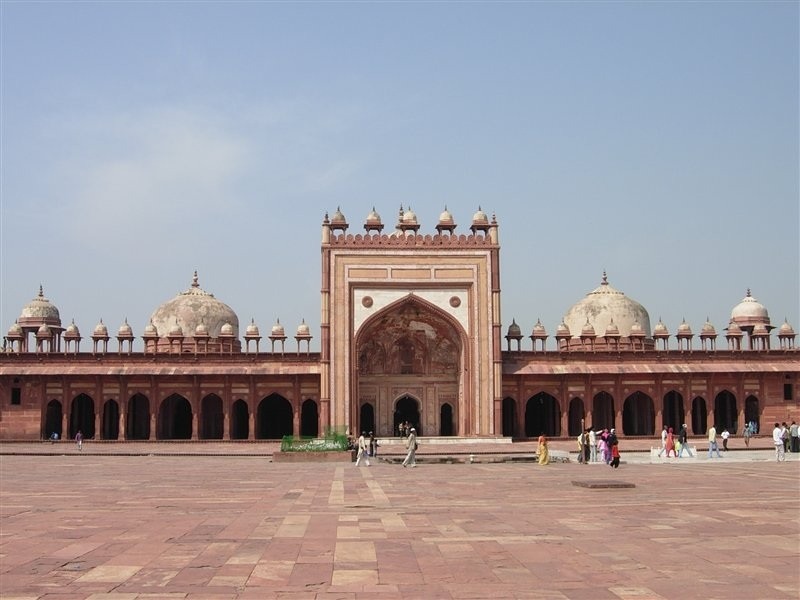 On your arrival at Delhi’s international airport, you will be greeted by Trip Inventor representative. From there you will be transferred to your pre booked hotel.
Delhi the capital city will welcome like a lovely host. Here you will witness two different worlds co existing in a composed manner. The old part of the city was designed and planned by the mighty Mughal emperors while the imperial Delhi belongs to British architectural taste. A perfect city for a perfect start to a perfect vacation!
Check in and spend rest of the day at leisure.
Overnight will be at hotel.

Morning breakfast will be followed by sightseeing tour of the city which is considered to be the largest metropolis of the country by area. Delhi is nurtured by the great Yamuna River and is inhabited by people belonging to various religions. The beauty of the touring Delhi lies in the fact that one gets to discover interesting facts about India here.
Starting from the old lanes of Delhi, you will visit Raj Ghat, a cenotaph to Mahatma Gandhi – Father of the Nation. It imparts ultimate peace to its visitors. Driving past the majestic Red Fort, you will continue towards Jama masjid, one of the Asia’s largest and beautiful mosques. Surrounded by a colorful bazaar, this place is always dominated by cheerfulness and enthusiasm of its equally vibrant people. Enjoy shopping at the glittering bazaars of Chandni Chowk. Savor the delicious street food of old Delhi.
Later half of the tour remains in sync with the excitement and vibrancy of the previous half as you continue to witness altogether a different world in the high streets of New Delhi. This part of Delhi mirrors the rich legacy that British left behind. The grand Delhi tour includes a visit to the heritage site of Qutub Minar, the tallest stone monument in India. It is considered to be the tallest bricked minaret in the world representing an ideal example of Indo-Islamic architecture.
Later visit Humayun’s tomb. It is a marvelous monument which was commissioned by the wife of Mughal emperor Humayun and was designed by a Persian architect - Mirak Mirza Ghiyath. The architect depicts the Indo-Persian fashion. Drive past India Gate – situated in the heart of Delhi, India gate is a National monument and was designed by Sir Edwin Lutyens. The Parliament building and the Rashtrapati Bhawan - the President’s residence will also be covered as a part of the tour.
Come back to the hotel for overnight stay.

After early morning breakfast at the hotel, you will be driven towards your next destination Jaipur – a traditional Indian city located in the western state Rajasthan. Set in the scenic location of a beautiful desert, Jaipur was the first planned city of the country which is much evident from the city’s infrastructure and network system. With its historical past, Jaipur revives legends of the ancient Rajputs. Jaipur is manifested with rugged hills crowned by magnificent forts and palaces and is blessed with beautiful mansions and gardens. There is a timeless quality to Jaipur's bazaars and its people. The traditional attire of women and the turbans of men add spectacular hues to this fascinating city.
On arrival you will check in at your pre booked hotel. Rest for a while and get freshen up for the afternoon sightseeing tour of the city. Visit the ancient capital of Amber to see the fabulous Amber Fort. Maharaja Man Singh, Mughal Emperor Akbar’s most successful General, started the construction of Amber Fort in the 17th century. Before the City Palace was constructed in Jaipur, Amber was the seat of power. The fort is surrounded by fortified battlements and overlooks the Maotha Lake. Ruins and remains are spread over the Aravalli hills and sprawling crenulated walls lattice the surrounding area. En-route to Amber you will stop and see the `Palace of Winds’, otherwise known as Hawa Mahal. It is really an elaborate facade behind which the ladies of the court used to watch the daily goings on in the street below. It is extremely intricate in its pink sandstone carving. The cool wind blows through its facade of windows and latticed screens through which the queens of the court once viewed the streets of the city.
Overnight will be at the hotel.

After breakfast at the hotel you will proceed for sightseeing tour of the city. Among the highlights to be seen today include visit to the City Palace, a famous landmark that is expanded over a large area as it occupies one seventh of the city. Built during the reign of Maharaja Sawai Jai Singh, the plan of this fort is the exact replica of the city’s plan. A part of the palace is still home to the erstwhile royal families while the rest of it has been converted into museum. The other attractions of this palace are: Chandra Mahal, Maharani's Palace, Mukut Mahal, Mubarak Mahal and Shri Govind Dev Temple. The exquisite architecture of this place is complimented by the elegant paintings, mirror embellishment on walls and floral ornamentation. The other attractions include The Textile and Costume Museum, Attraction of The Silver Urns, Diwan-i-Aam--The Hall of Public Audience and The Peacock Gate. The array of gardens, courtyards and buildings leaves the visitors satisfied with their excursion. Then visit Lake Palace which was built in 1743-1746 as summer resort on Jag Niwas Island in Lake Pichola.
Walk to the adjacent Jantar Mantar or Astronomical Observatory made by the Maharaja of Jaipur, built in 1726 and is one of the five such astronomical wonders built by Sawai Jai Singh and makes accurate predictions even to this day. It has also been included in the world heritage lists. You will also have the opportunity to wander in the local markets where you can shop for souvenirs, traditional Rajasthani attires, skilful art craft of the region etc.
Come back to the hotel for overnight stay.

After breakfast at the hotel you will get on for a drive to Agra which is 265 km away from the pink city. On your way you will visit the UNESCO world heritage site – Fatehpur Sikri. This deserted red sandstone city was built by the Great Mughal Emperor Akbar as his capital and palace in the late 16th century. He built this city in honor of Shaikh Salim Chisti, a Sufi saint who resided in a cave on crest at Sikri, and predicted the birth of his son. Besides being the first planned Mughal city, it puts forth a unique example of Mughal architecture which was an amalgamation of Indian, Islamic and Persian architecture.
It is bestowed with palaces and mosques and used to be a town larger than London when it was originally constructed. Popular highlights of this region are Buland Darwaza, Jama Masjid, Tomb of Salim Chishti, Diwan-i-Am, Panch Mahal etc.
Later proceed to Agra – the city of love. Agra in terms of ambiance is still associated with its Mughal period. The Mughals besides being great rulers were also great builders and they preserved their best architectural wonders for Agra and its neighborhood. It has many wonderful monuments and the Taj Mahal, the greatest of them all, is a masterpiece of Mughal architecture. On arrival check in at your pre booked hotel.
Overnight will be at hotel.

After early morning breakfast, you will be taken to witness the exquisiteness of Taj Mahal at the time of sunrise. You will be overwhelmed to see the beauty that the rising sun will add to the white beauty of this one of the Seven Wonders of the World.
Taj Mahal was built by grandson of Akbar -The Great, Shah Jahan (1628-1658) in the loving memory of his third wife Mumtaz Mahal. When Prince Khurram (Shah Jahan) met Arjumand Banu Begum (Mumtaz Mahal), he fell in love with her at the very first sight. Five years down the lane in 1612 he married this Muslim Persian princess and was deeply in love with her. They both shared every moment of their life together and were regarded as inseparable companions until the time when she died giving birth to their 14th child in the year 1631.
Grief stricken by this loss, Shan Jahan decided to build world's most beautiful monument to pay tribute to his wife. In 1632 the construction of Taj Mahal began and till 1648 only the principal mausoleum was done as it took other five years to complete the surrounding gardens and buildings. However, the date of its completion has always been a topic for debate. 22,000 laborers and 1,000 elephants were involved in the making up of this architectural wonder that is built completely of white marble. Spend some time exploring the magnificent architecture of this pious monument. Sightseeing also includes visit to Agra Fort and Itmad-ud-Daulah Tomb.
Later you will drive back to Delhi which is near about 204 km away from Agra. On arrival you will be directly transferred to international airport to board flight for your onward destination.